Meth addiction comes with many risks and the potential for adverse consequences, including impulsive, unsafe sex. Meth use lowers inhibitions and can lead to a person having sex with someone they don’t know or engaging in unprotected sex or risky behavior.

Sex addiction is a process addiction that works on the brain in similar ways as meth. Meth use increases concentrations of dopamine, a neurochemical in the central nervous system related to feelings of pleasure and reward. Having sexual encounters with others can essentially do the same thing. A person who is addicted to sex will seek it out despite adverse consequences, including broken relationships, financial hardships, or any other problems that result.

For these reasons, it’s not hard to see why a person on meth would be sexually promiscuous, nor is it difficult to understand why a person with a sex addiction would use a stamina booster like meth. Initially, a person may be drawn to meth use as a means of enhancing and prolonging a sexual experience. Unfortunately, those who do are at a high risk of developing a chemical dependence on meth, as well as full-blown addiction.

Why These Two Addictions Increase the Risk of Relapse

By some estimates, approximately three-quarters of meth addicts report that sex is the number one reason why they relapse. In recovery, sex may not be as good as it once was because they are no longer able to achieve the level of dopamine the brain produced on meth.

This effect is a double-whammy for those addicted to both because, unlike meth use, sex is a normal part of life. In other words, sex addicts in recovery are not asked to abstain from sex forever, like people with chemical dependences are usually required to do regarding their drug(s) of choice.

Moreover, staying off of meth is very challenging for some sex addicts because, at some point, they will probably engage in sex. Their brains have already associated sex with intense pleasure, and a meth high is a big component of this experience. It may ultimately be quite difficult to disentangle the two addictions.

On a chemical level, repeated use of meth tends to cause a prolonged reduction in dopamine levels in the brains as well as the number of dopamine uptake sites. Over time, meth exposure makes it nearly impossible for heavy users to experience pleasure from any activity without meth, including during sex. Meth addicts often fear that they’ll never have sex as satisfying or intense as when they were high, making it very challenging to quit or remain sober.

Conversely, if a person relapses on meth, their inhibitions will once again fall away, and they are more likely to return to unhealthy behavior. At that point, they probably won’t be able to think of a single reason why they should not—after all, they are back on meth and not thinking about their own best interests any longer.

Active sex addicts generally feel free to act on their own desires without limits. As noted, meth use can dramatically decrease a person’s inhibitions, and this allows sex addicts free reign over their behaviors. In other words, they can do pretty much anything they want without shame or guilt. The intoxicating and stimulating qualities of meth can make people fearless and reckless and remove any doubts that addicts may have regarding the fulfillment of their sexual desires. 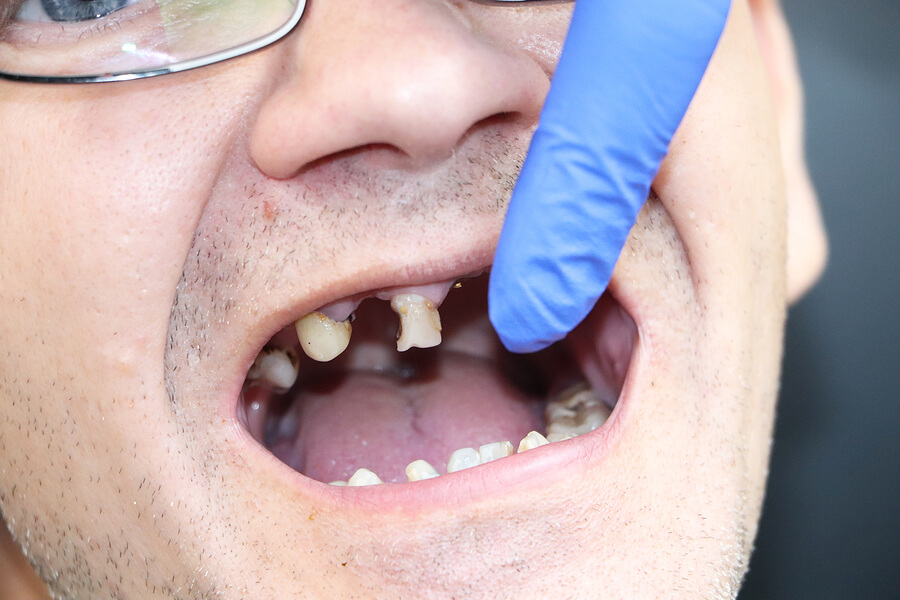 Meth is a highly addictive substance, and repeated use can result in a seemingly endless number of severe and life-threatening health conditions. These include, but are not limited to, the following:

Meth addicts also typically face a host of financial and legal problems stemming from meth manufacturing and use. They can become very secretive, isolated individuals who lock themselves away from former friends and family in favor of associating with others who use meth.

Long-term meth use can cause permanent damage to the brain and body. Former users often experience a least some dysphoria, meaning that they will not be able to feel pleasure from the same activities that they once did before meth use.

Finally, heavy meth users may neglect many personal responsibilities altogether and live in unsafe or unsterile environments. Children may be abused or neglected in some way, and people who regularly use meth are at an increased risk of engaging in domestic violence and perpetrating or becoming victims of assaults or abuse.

The effects of sex addiction are not as clear cut because it is a process rather than a substance addiction, but they are, indeed, vast. Possible physical effects include sexually-transmitted diseases and infections. Sex addicts may also put themselves in dangerous situations, risking assault, or other harm to their bodies or emotional well-being.

There are many adverse emotional problems associated with sex addiction. Sex addicts often do feel guilt or shame over their behavior and may suffer from depression or another mental illness.

Sex addicts often fear abandonment and tend to have very deep-seated issues that may stem from long-term emotional problems. These issues may also be related to physical, emotional, or sexual abuse in childhood. Having sexing does not cure these issues, and rather, merely serves as a distraction from them.

People who are close to someone who is a sex addict also suffer. Significant others or spouses may feel alienated, depressed, or angry—especially if the partner is actively cheating on them. Spouses of sex addicts are often humiliated and may be subject to a certain amount of coercion or abuse regarding their own sexual encounters with the addict. There are not many known physical symptoms associated with sex addiction. Symptoms primarily include the development of sexual dysfunction or the contraction of sexually transmitted diseases and the symptoms that manifest with them. Unwanted pregnancy is another possibility.

For example, government statistics show that about 38% of men and 45% of women who suffer from sex addiction have contracted a venereal disease as a result of their behavior. Also, nearly 70% who report having sex addiction say that, at some point, they had experienced at least one unplanned pregnancy as the result of their sexual behavior.

Sex addiction can also have an adverse impact on many areas of a person’s life. These include strained or broken interpersonal relationships and decreased ability to concentrate or perform at work or school.

It can also have a profound psychological impact, such as inducing feelings of shame, guilt, inadequacy, and emotional distress. It can lead to anxiety, depression, substance abuse, and problems with obsessive or compulsive thoughts or behaviors.

In general, sex addicts, just like substance abusers, feel out of control regarding their addictive behaviors, and they are not wrong in feeling that way. Addiction, regardless of its form, is considered to be a disease by most experts, or at the very least, a serious condition that may be characterized by periods of relapse. In any case, any addiction is best treated using comprehensive long-term care and support.

Getting Help for Meth and Sex Addiction

Meth and sex addiction are two probably that feed into each other, and it may be more difficult for a person who experiences them both than others who only have one addiction. That said, recovery from meth and reclaiming a healthy sex life are entirely possible. But, the first step is to seek help.

Harmony Treatment and Wellness center offers an integrated approach to the treatment of substance abuse and process addictions. This means that we treat both problems simultaneously to reduce the risk of relapse. We also address other co-occurring mental health disorders that underpin addictions and teach people how to use healthier coping mechanisms to manage emotional distress better.

If you or someone you love is a sex addict who is abusing meth, contact us today! We are committed to ensuring our clients are given all the tools and support they need to sustain long-lasting sobriety, health, and well-being!

⟹ READ THIS NEXT: What Are the Effects of Smoking Meth?