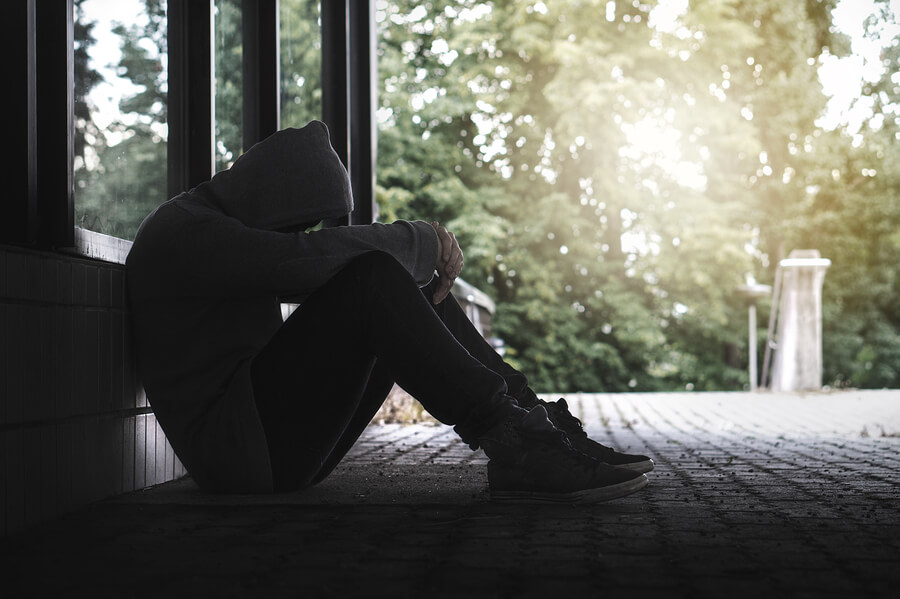 Withdrawal syndrome is characterized by the effects that occur when a person dependent on drugs or alcohol abruptly discontinues using that substance. Both illegal and prescription drugs can cause withdrawal symptoms, and they may last anywhere from a few days to a couple of weeks.

Physicians typically work with their patients to moderate withdrawal symptoms – however, persons who are suffering from addiction or substance abuse are likely to experience withdrawal symptoms if they attempt to stop using the drug “cold turkey” or if they somehow become unable to obtain their drug of choice.

While withdrawal symptoms are unpleasant, most usually abate by about two weeks, especially when medical staff oversees the detox process. However, some substance abuse can result in prolonged withdrawal effects that last for months. People who use a large amount of a psychoactive substance for an extended period are more likely to experience this condition, also known as post-acute withdrawal syndrome (PAWS).

This term describes a group of ongoing withdrawal effects, which are mostly psychological, emotional, and mood-related, that can continue long after acute (short-term) withdrawal symptoms have subsided. Although post-acute withdrawal seldom includes the aches and pains, nausea, headaches, or other physical symptoms, it can be just as severe as short-term withdrawal. PAWS may place a person at a heightened risk of relapse as they may return to substance use in an attempt to alleviate the discomfort.

People who experience PAWS can feel like they are suffering from a “rollercoaster” of symptoms that come and go without warning. Each episode of PAWS can last for several days and can continue to reoccur cyclically for up to one year.

These symptoms can develop following the extended use of any intoxicant, although PAWS most often occurs among those discontinuing the following substances:

PAWS symptoms were first defined for alcohol use disorder in the 1990s. Abruptly stopping alcohol use can be dangerous and even life-threatening, because it can cause a serious condition known as delirium tremens (which includes seizures and psychosis). It can also increase the likelihood of PAWS (e.g., chronic cravings, exhaustion, and general malaise).

While very few people use these medications recreationally since they do not cause an intense or rapid high, stopping them suddenly can substantially change the levels of serotonin and other neurotransmitters in the brain. Since people who suffer from depression are the ones who are usually prescribed antidepressants, an acute withdrawal can feel like intense depression that unfortunately, could continue for several months.

These drugs attach to dopamine receptors to reduce hallucinations, delirium, and other psychiatric symptoms. When they are discontinued, particularly without a tapering schedule, the person could experience withdrawal symptoms including wide mood swings for months.

These medications benefit many people with anxiety and panic disorders, but they also have a high potential for dependence and abuse. Most prescriptions for these drugs do not offer coverage for more than two weeks of regular use because they can cause addiction.

Withdrawal symptoms tend to mimic anxiety and panic disorders, making it much more difficult to stop using them. PAWS symptoms, such as insomnia, fatigue, and intense cravings can last for months after the physical dependence has subsided.

Many people come to rely on marijuana to relax and feel normal – so if a person stops using it, he or she can feel stressed, depressed, and anxious. One of the most common withdrawal symptoms with marijuana cessation is insomnia, and without medical assistance, could persist long-term and develop into PAWS.

Whether via prescription or illicitly such as heroin, the use of opioids can result in PAWS if they are not weaned off appropriately. Moreover, individuals who experience the full intensity of acute withdrawal are more likely to experience PAWS, which includes cravings, exhaustion, and cognitive impairment that may not improve for an extended period.

Prescription stimulants such as Ritalin and illicit drugs such as cocaine can induce PAWS if withdrawal is not managed properly. Although a person using stimulants may suffer from adverse side effects like paranoia, twitching, tremors, and aggression, the opposite symptoms – extreme fatigue, intense depression, and physical weakness – can be more difficult to manage.

Symptoms of PAWS are unique to each drug and individual, but there are some common symptoms, including: Post-acute withdrawal syndrome is a complicated syndrome with no one specific cause. Psychologists and physicians do not completely agree on the exact reasons for the condition, but some suggest that stress response and changes to certain areas of the brain during the evolution of addiction may contribute to the progression of PAWS. The stress response, however, can be affected by any number of reasons.

Theories about the causes of post-acute withdrawal syndrome include:

A person’s chemical dependence on a substance results in brain chemistry changes over time, and when the body is “deprived” of the substance’s presence that triggers neurochemicals to release, it cannot reach a balance on its own. The brain can take a prolonged period to reach equilibrium fully, and this can manifest in moodiness, exhaustion, cravings, and other psychological signs.

Other body parts may be accustomed to the drugs to regulate functions such as digestion or hormones, and withdrawal symptoms may reflect this. For instance, nausea, stomach cramps, and diarrhea are common opioid withdrawal symptoms, but sometimes, these effects can take more than two weeks to return to normal.

It is psychologically stressful to stop using an intoxicating substance, especially for people who attempt to do it cold turkey or without medical assistance. This stress can result in relapse, or otherwise lead to the prolonged presence of withdrawal symptoms, as the individual tries to regain a life balance without drugs or alcohol.

A large part of rehab is learning to alter behaviors and responses to drugs and alcohol. Recovering heroin addicts, for example, fondly recall the ritual of cooking and injecting the drug, while some who overcome alcohol use disorder note the loss of enjoyable social situations. Returning to a habit can result in relapse, but the loss of the habit/tradition can also intensify psychological symptoms such as depression, anxiety, cravings, and exhaustion, leading to PAWS.

Because the symptoms of PAWS symptoms are mostly emotional/psychological, continuous support from therapists and counselors is essential to reducing the severity of this experience.

Here are some steps medical and mental health professionals may take to help patients:

Some medications may help with withdrawal from specific drugs. For instance, naltrexone is a drug approved to reduce cravings in people who are attempting to overcome an alcohol or opioid addiction. Antidepressants may help stabilize mood for others trying to abstain from the use of stimulants or other psychoactive drugs.

The risk of experiencing PAWS can also be reduced by undergoing a professional detox, enrolling in rehab, and receiving continual support well after initial addiction treatment has been successfully completed.