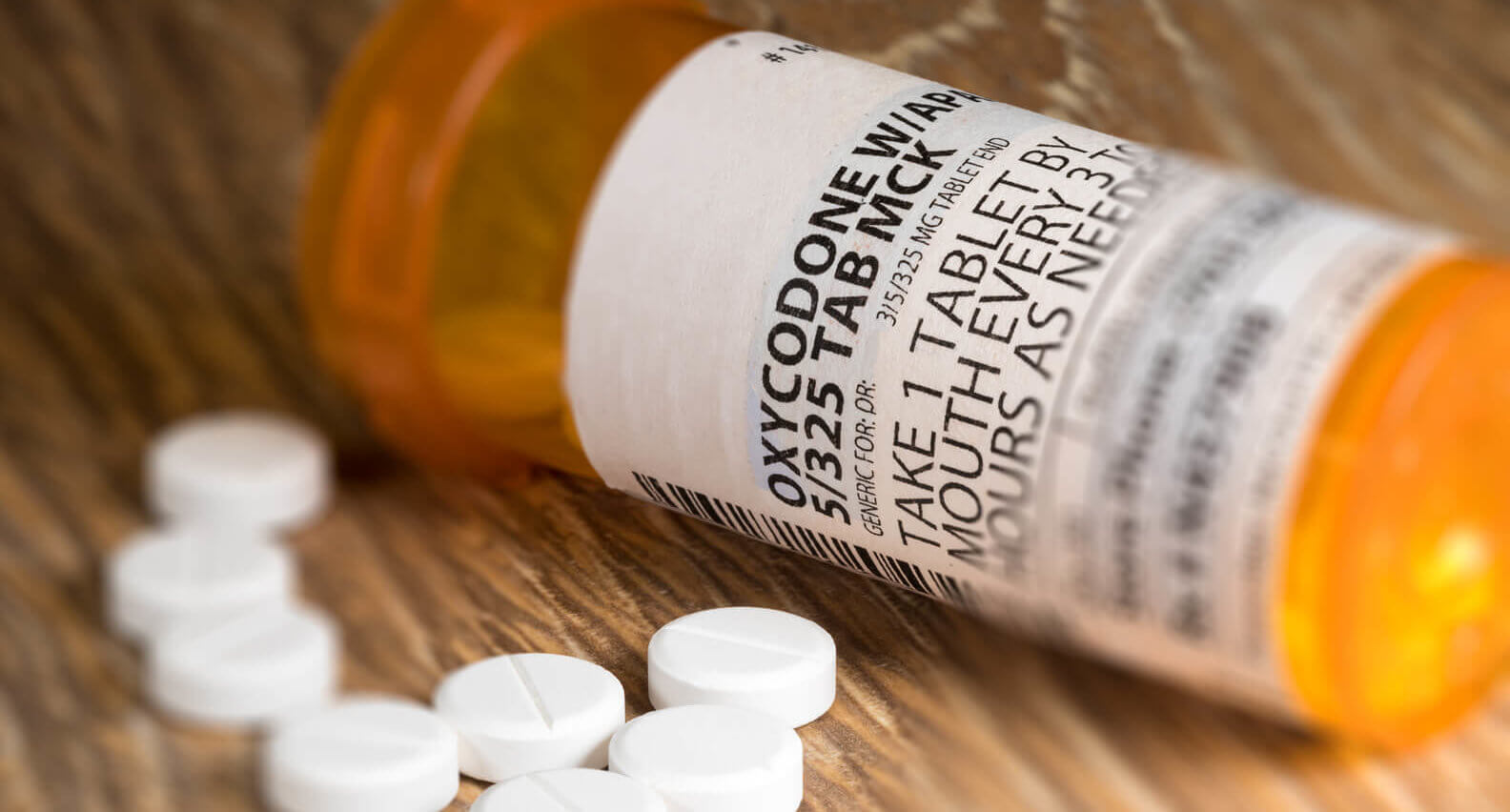 Pain Medication List from Strongest to Weakest – As the opioid epidemic in the United States continues to increase in severity, with over 2 million people suffering from opioid addiction and 90 Americans dying each day from an opioid overdose, being able to identify and understand these drugs has become more important than ever.

Opioids are potent drugs that relieve pain and produce feelings of euphoria, and should only be taken for short periods of time for acute pain, such as following injury or surgery. Regardless of strength, all opioids are potentially addictive and can result in an overdose if misused. However, different opioids can induce different effects and risks depending on their frequency of use and method of administration.

The following pain medication list includes commonly misused and abused opioids and opiates from strongest to weakest in potency. Opioids and opiates are controlled substances with a high potential for abuse, dependence, and tolerance.

Carfentanil is a synthetic drug 10,000 more powerful than morphine, and 100 times more potent than medical-grade fentanyl itself. It is primarily used by veterinarians to sedate large animals such as elephants. It is not indicated for human use, but occasionally it is found on the black market.

Even minuscule doses, however, can be fatal, and many deaths have occurred due to carfentanil being laced into heroin or other drugs unknown to the user.

Fentanyl is also a synthetic opioid that is up to 50 times more potent than heroin. Fentanyl is a prescription drug sometimes prescribed for patients to manage severe pain after surgery, but due to fentanyl’s potency and potential for abuse, it is most often administered very slowly into the system via transdermal patch or lozenge.

Fentanyl on the black market, however, is not usually a product of prescription drug diversion. According to the Drug Enforcement Administration, most fentanyl on the street arrives from China or Mexico where it was manufactured in illicit labs and sold to cartels and dealers or to individuals through the Internet.

Like carfentanil, a very small dose (even incidental skin exposure) of Fentanyl can kill a person, about .25 of a milligram. Fentanyl overdose deaths are on the rise, as most of the 5,500 opioid-related fatalities in 2014 involved Fentanyl.

Heroin, the is the third strongest narcotic and is a semi-synthetic opioid derived from morphine, a natural compound that comes from the opium poppy. Heroin is the only completely illegal, schedule I drug included in this list, as most opioids can be obtained through a prescription, whereas heroin is not considered to have an accepted medical use.

Heroin has a very strong potential for abuse, especially when injected. It can also be consumed, however, by snorting or smoking, and is often found as a whitish powder, or a black sticky substance (black tar heroin). When injected, heroin enters the bloodstream and the brain much faster than other opioids, creating immediate intense feelings of euphoria.

Hydromorphone is another powerful opioid that is up to 8 times more potent than morphine. Prescribed as a severe painkiller as the brand name Dilaudid, hydromorphone also induces feelings of sedation and relaxation.

Hydromorphone is a schedule II drug with high potential for abuse, one which can easily lead to physical and psychological dependence. It is commonly misused as a substitute for heroin because it can be dissolved in water and injected into the bloodstream to experience rapid and intense effects similar to its illicit cousin.

At number 5, oxymorphone is still a very strong opioid. Oxymorphone was available only in generic form, at the time of this writing, and may still be prescribed to treat moderate to severe pain. It most often comes in tablet form but is sometimes prescribed as an injectable. It can be misused orally or by snorting or injecting.

While methadone is intended to be used under strict medical supervision to treat symptoms of opioid withdrawal, nonmedical use is illegal. Methadone is not chemically similar to heroin or morphine, but still produces comparable effects of euphoria and relaxation/sedation.

When abused, methadone consumption can result in chemical and psychological dependence. Whether taken orally as a tablet or injected as a liquid, methadone abuse can result in adverse health effects if not administered under qualified medical supervision.

While Oxycodone isn’t as powerful as the aforementioned opioids, it is still a schedule II drug with high potential for abuse and dependence. Found in brand-name drugs such as Oxycontin and Percocet, oxycodone is prescribed to treat moderate to severe pain. Oxycodone is routinely prescribed in the U.S. and has been misused since the 1960s for its sedating and calming effects. It wasn’t until Purdue Pharma began mass-marketing OxyContin in the mid-1990s, however, that oxycodone became a household name and common drug of abuse.

Morphine is a naturally occurring opiate, as it is derived directly from the opium poppy. It is similar in potency to oxycodone and is sometimes prescribed to treat pain when other opioids are ineffective. Morphine is was traditionally used and misused as an injectable liquid, but can now be administered as an oral solution or ingestible tablet.

Hydrocodone is almost as potent as morphine and is prescribed to treat moderate pain. Brand names for hydrocodone include Vicodin, Lortab, and Norco. More potent than codeine, hydrocodone is currently the most commonly prescribed opioid in the U.S.

Hydrocodone is commonly abused with alcohol, and a survey from 2013 found that over 24 million people over the age of 12 had taken hydrocodone for no legitimate medical reason. Hydrocodone is a perfect example of how a relatively weak opioid can be misused and cause serious health risks – in 2011, over 82,000 emergency departments visits were associated with hydrocodone abuse.

Codeine is an opiate that is weaker in potency and is generally prescribed to treat mild to moderate pain. It is often used with other medications such as acetaminophen and to reduce coughing, such as in the brand name formulas Tylenol 3 and Tylenol 4. Codeine is much less often abused than other opioids, but it’s certainly not impossible.

Meperidine, also known by brand name Demerol, was the first synthetic opioid ever developed. Meperidine is less potent than many other opioids, but like all painkillers, still has the potential for abuse – in fact, chemical dependence and tolerance are likely to develop faster than other opioids, making misuse such as risky and dangerous.

Tramadol is the least potent drug on the pain medication list, and has a similar potency to Meperidine but is considered to have less potential for chemical dependence, tolerance, and abuse. However, Tramadol, also known by the brand name Ultram, can still be misused by those suffering from addiction or chronic pain conditions.

In 2012, more than 3 million people reported having used Tramadol for recreational or nonmedical purposes. Although Tramadol is the least potent opioid on the list, it is still often misused and can lead to addiction.

If you are suffering from an addiction to any of the drugs on the above pain medication list, then treatment is needed. Treatment may begin with medical detox to help relieve withdrawal symptoms.

Furthermore, Medication-assisted Treatment (MAT) makes use of carefully administered drugs like Naltrexone, Buprenorphine, and Suboxone to reduce opioid addiction and related deaths, and increase the likelihood that an individual will remain in treatment long-term.

MAT is most effective when combined with behavioral therapies, counseling, and group support. These approaches are used in combination with MAT to ensure that clients have the best chance for a successful recovery and maintaining abstinence after treatment.

If you or someone you love is struggling with substance abuse, contact us today and find out how we help people free themselves from the chains of addiction!